It Wasn’t My Plan to Fall in Love

When I signed up to be an Au Pair I kept hearing the same thing said over and over again. “Do not fall in love over there…”

Well, I can assure you that it was in no way, shape, or form the plan to fall in love abroad. However, “when it happens, it just happens” so they say right? It was a movie moment for sure. I was out dancing around in Coolangatta with my girl Rachel before she moved away. We were dancing our hearts out to “Closer” by the Chainsmokers

“I know it breaks your heart
Moved to the city in a broke down car
And four years, no calls
Now you’re looking pretty in a hotel bar”

And just like that, I looked over and locked eyes with a cutie. I quickly looked at Rachel and mentioned how cute he was. Next thing I know, I look over and he came right up to me! I was like, ummmm really? This only happens in movies right? I am guessing the liquid courage had a little something to do with it but I can’t complain. We danced and danced until he had to leave, but he was sure to get my name and number before he left. Not even 5 minutes later he texted me about going to grab ice cream the next night and we have been together ever since.

I know, I know. Everyone told me “don’t fall in love over there” but I can’t help it! He was there for me when a ton of stuff happened while I was Au Pairing. And then I left. After helping me move out of host families TWICE, I vanished just like that. Headed back to the US for the holidays with no return ticket. What was supposed to be a month gone turned to two, and he honestly lost faith at one point if I’d ever make it back. I knew that I had to go back. (Not just for him, but for me) There is just something about Australia and Billy that makes me happier than I have ever been.

Even though we don’t have much money to travel with right now since we now have rent to worry about, we are enjoying what is around us. The sun, the beach, long car rides to nowhere etc. I am having an amazing time living in a beautiful place with amazing people.

The hardest part for me is being away from my family but I know that I will return soon. Right now, I am happy to be in love in a beautiful part of the world working online as a freelancer and babysitting on the side. The plan? Well, I am just going to keep going with the flow and exploring all that Australia has to offer. (Even if it’s just the Gold Coast/Northern NSW region for now.)
Catch ya later!

Come Visit Me in Oz!

Save Money With Our Partners 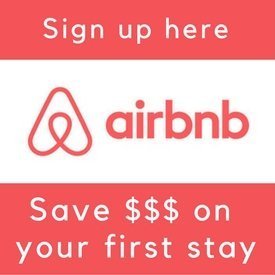